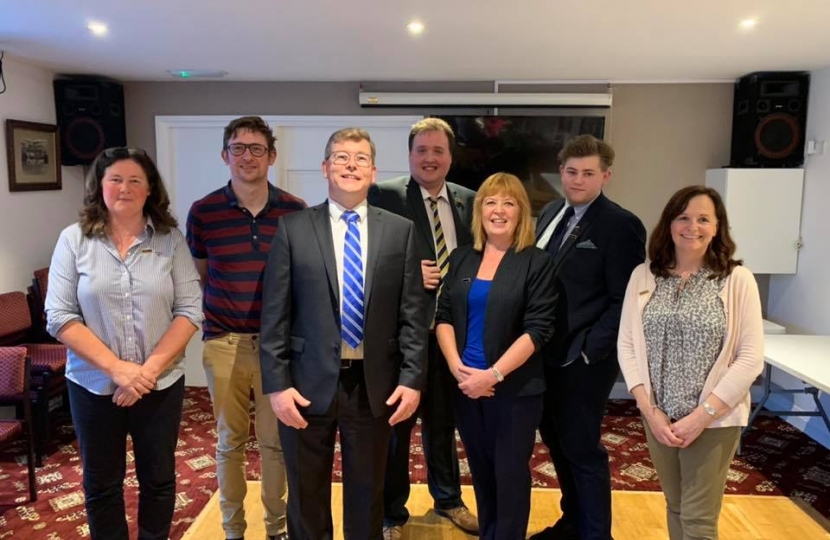 Darlington Conservatives have selected a new generation of officers from their new crop of councillors and younger members, at their Annual General Meeting.

After a surprising result in May's local election, Darlington Conservatives are wasting no time preparing for the next general election they face.

The new team at South Durham Conservatives is made up of:

The Local Conservative Association officers are elected every year and they administer and manage all aspects of the local party.  The new executive was elected  on Tuesday 30th July 2019 at Darlington Cricket Club.

“This is a great opportunity for our Association, and I have no doubt that our new team will make a great difference across the constituencies we cover and enable us to take the fight directly to Labour.

“It is excellent that our new team is made up from people from such a wide range of backgrounds, with members young and old, male and female, serving councillors and members who just want to make a difference.  We are in a brilliant position to carry forward the good work we are doing in our area and show the people of Darlington there is a new, more vibrant team of people ready and raring to go.”

Cllr Jamie Bartch Deputy Chairman Campaigning said: “ The Conservatives in Darlington have been given an excellent opportunity.  It is clear that the Labour Party no longer hold the support in the area they once did and it is time we took advantage of that, by being fully prepared to challenge it and  win. It's time for change in Darlington and there has never been a better time to get it.”

Help us take action on local issues and build a better Britain.